I want to implement a tree structure which has fixed depth, i.e. when adding children to the leef nodes, the whole tree structure should “move up”. This also means that several roots can exist simultaneously. See example beneath: 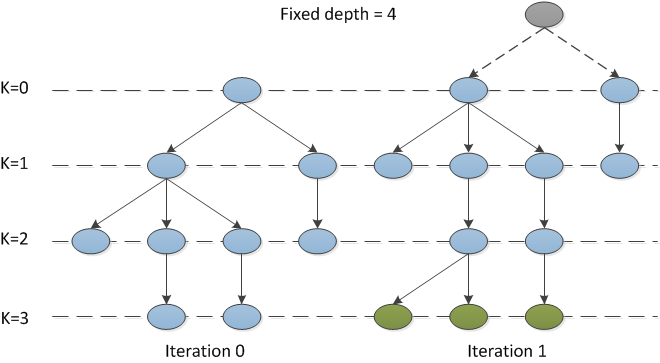 In this example, the green nodes are added in iteration 1, deleting the top node (grey) and making the two blue nodes at K=0 and Iteration 1 root nodes.

How do I go about implementing this?

Store each node with a reference to its parent. When you add a node to it as a child, walk up the parents (from the node being added to) and delete the third one after you set the parent reference in all of its children to None. Then add the children of the deleted node to your list of trees.